A war set in a tropical sea

New page for the revamped 'The Unwanteds '.

Series is 'On the Tides of War' 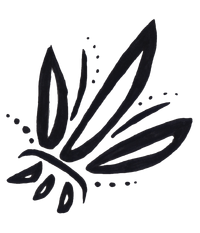 These are the records of the War of the Hunted, as recorded by the archivist Emeryhs.

I stumbled across these records and journals when I was browsing the great Archives of Za’raven, and was immediately hooked. They described a time in the author’s life when a great war threatened to rip the Sea of Kaenarlic apart, and the struggles he and his companions faced as they journeyed through that part of their life. After spending many months collecting all of the information I could, I settled down to try and write down the stories of the people who lived during the war. It took many months to sort through and organise the information I had gathered, and even more time to carefully and accurately record the stories that were the lives of the children of the sea. But now, finally, I have done it. May they never be forgotten.

My work is done. 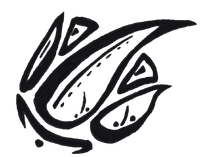 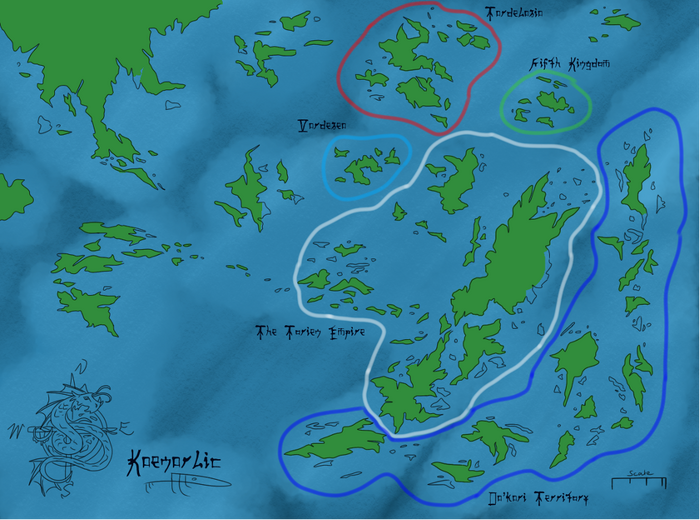 The Omen of Change

There was a change coming. He could feel it in the wind, smell it in the sea’s salty aroma, almost touch it in the leaves of the trees around him. It was there, shifting beyond the view of the normal people, pulsing and glowing.

It is time to face that which you fear, whispered the voice in his ear. Was it their voice? Or was it the sound of his own mind, telling him what he didn’t want to hear but knew he must. He stared out to the sea. It was boiling and sending great clouds of spray up into the air. Tempestuous and filled with turmoil, just like his own heart.

You have to face her eventually. You cannot hide forever.

This war had gone on too long. This would be the year it ended. The Beginning of The End.

One way or another.

The Emperor was in a dark mood. Again. Zalia was well aware of that, as was the entire palace. Servants and officials alike walked on glass shards, and it was very quiet, with only the tap of boots against the cool stone floors to break the uneasy tension.

As she walked through the corridors toward the throne room, she sighed and wondered if the Emperor had broken anything today. Last month the architects had been in an uproar when the window had been broken by a thrown war piece. They were still fussing about the difficulties in replacing it.

Sighing, Zalia hoped that today was not one of those days. They were, thankfully, rare, but one could never be too sure with the Emperor. There was the quick, quiet tap-tap-tap of booted footsteps behind her and Zalia recognised them instantly. There was only one person who walked such a swift, purposeful stride.

She stopped abruptly and turned to greet the person who had come up behind her. “Greetings, General. How is the Emperor’s mood today?”

General Lucian Makorias smiled warmly at her and dipped a shallow but respectful bow, interlocking his fingers and pressing them to his lower palm in the gesture made when meeting someone you respect.

“Hopefully, not the breaking windows kind,” he replied, “But I believe that incident was an accident. Usually the Emperor is very… controlled. Calm.”

She liked Lucian, with his firm manner and intelligent way of speaking. He was one of the few people these days that she enjoyed speaking with.

Silently they continued walking down the corridor and toward the throne room. Light came streaming through the wall to floor windows, and the air inside had just the slightest smell of salt to it.

“You know it too, do you not?” General Makorias asked her suddenly, looking straight ahead but observing Zalia all the same.

“Yes,” she said. “I know the reports. This war must end soon or we will be in far deeper water then we began in.”

His grey-blue eyes met her almost black ones. “I have a feeling that the war will end sooner than most believe. And I believe that the Emperor knows it too.”

Retrieved from "https://authors-academy.fandom.com/wiki/The_Hunted?oldid=88224"
Community content is available under CC-BY-SA unless otherwise noted.