Hey! Mostly to keep my thoughts in order but possibly helpful for others too!

I may create a page just for the Peoples if this page grows to full.

See this page for more information on the culture etc.

This is for the main races/peoples of the Sea. 'Peoples' means 'mortal humanoids' for the sakes of this guide.

There are a few traits that both the Toriens and the Da'kari both share, due to living in a shared climate etc.

As a general rule, the people tend to have little body/facial hair due to the hot climate. People tend to be thin, with long fingers and angular faces.

For reasons unknown, both the Da'kari and Toriens have unsually long lifespans, often living for 100 or more years comfortably. Both races have a prolonged youth, with people of 80 or more still looking 40 or so, except for streaks of white hair (in the Da'kari).

Some Toriens think that this occurs because of the pure diet and healthy lives the people live. Others think that it springs from the fey presence in the land.

Most believe that the reason behind this strange occurrence is due to a combination of both.

The Torien Militayr is made up of three parts: the Military, the Navy and the Corps. Each part is controled by one leader, with the exception of the Navy, which is under the control of the Military General.

The ranking in the Military is as follows:

The highest ranking possible. There is only ever one General. Currently, the Military is lead by General Lucian Makorias.

Colonels mostly stay in the main military centres, eg. Fort Kahn and the capital, Za'raven. They are the planners, and help the General.

This section will cover climate/land/water/seasons etc.

The Sea of Kaenar'lic is located on the planet Ersea in the Coriin system. Ersea is a medium planet with five moons (See: Moons), with about five large continents and many archipelagoes.

The Sea of Kaenar'lic is a tropical/sub tropical area, spreading over both sides of the Erseaen equator. Naturally, the climate is also tropical.

In the Dry Season, the temperature is very warm and pleasant. Most of the islands are cooled by the ocean winds. This is the growing season for many plants, and the time of the sea serpent migrations. The Dry Season is when most crops are grown.

The Build-Up is mostly hot and humid, with barely any rain. It is considered the most unplesant season.

The Rain Season is, as its name implies, filled with many seasonal storms called monsoons. Though hot, it is nowhere near the humidity of the Build-Up. It rains almost everyday in the afternoon/evening, and the nights are cool rather then hot.

Cyclones also build up during the Rain Season, and the most powerful ones can be very destructive.

Ersea has five main moons: the Bright Moon, the Blue Moons, the Canth Moon, the Silver Moon, and the Blood Moon. Due to the varying sizes of the moons, the tides of Ersea are very different from some other planets. As the moons orbit around Ersea, the tides change dramatically depending on the arangement of the moons.

For example, when the larger moons are mostly on one side, the tides are huge, and there might be only one per day. Other times there may be six tides per 24 hours.

Each moon has a cultrual significance for the both the Da'kari and Toriens.

Size/Shape: The largest moon. About double the size of the Canth Moon, and the same round shape.

Colour: As the name suggests, the Blood Moon is a rich crimson, with hints of orange and grey. It appears to be smooth.

Notes: The people of Kaenar'lic are fascinated by the Blood Moon, and it has mountains of lore surrounding it. To be born under the Blood Moon is a sign of great potential, and those who are are often the game-changers of the world. The Night of the Blood Moon is the biggest festival of the Da'kari culture. Toriens also celebrate it.

Size/Shape: The Canth Moon is a round moon, about the size of Earth's moon.

Notes: The name 'Canth' means dark. Those born under the Canth Moon are said to be strong and clever, with the potential to be leaders.

The people of the Sea of Kaenar'ic use a calender based on the movements of the sun and the length of the days.

It is used by most people, and much of the seasonal information is written in almanacs (The Da'kari) and for most of the Toriens, on the Achives. The calender has several large holidays/festivals that both peoples celebrate, mainly those to do with the heavenly movements (The Night of The Blood Moon, Säyenner etc).

The months are split into three groups, with a solstice/equinox between each group:

S'Ferron was the first Torien Emperor, and and all the years before him are called 'BS', or 'Before s'Ferron'. Sometimes the Da'kari use 'YF' (Year of the Fey). The YF counts from the same year as AS.

The various abilities of the Da'kari can be put into two groups: passive and non-passive. Passive abilities, such as Sight, Heightend Senses and the like are passive because they can only affect the bearer.  Abilities that can be used to fight, such as bending, telepathy, or telekinesis, are classed as non-passive.

All abilites have a costs or limitations. For most, using their abilite takes effort, and it can cause physical/mental exhaustion to use it to much.

This is for all names, words in Kaenar'lican languages, and the names of places. It will be updated as we encounter those names/words, so this is a glossary as much as a pronunciation guide.

How to understand/say pronunciation marks

In the world of the Sea of Kaenar'lic, pronuciation marks, or diacritics, are used as described below. As a general rule, I use them to indicate certain sounds that may not be how most people would pronounce the word.

é: The é in names/words like Béron makes an 'eh' sound. It can also mean that you say a what would normally be a silent 'e', as in Aethelé.

All of the art here was done by me, Queen Bluefire. Please do not steal. 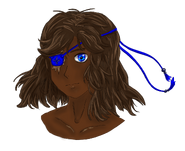 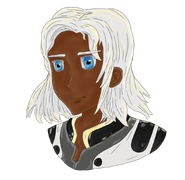 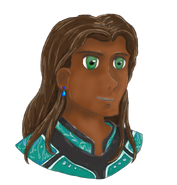 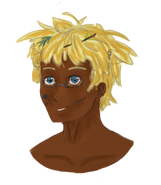 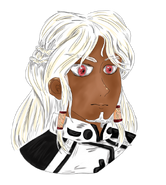 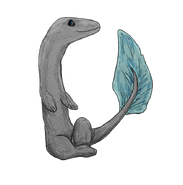 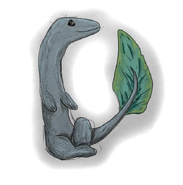 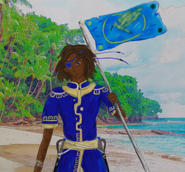 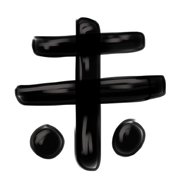 Torien Corps Uniform
Add a photo to this gallery
Retrieved from "https://authors-academy.fandom.com/wiki/Guide_to_the_Sea_of_Kaenar%27lic_(Unwanteds)?oldid=80385"
Community content is available under CC-BY-SA unless otherwise noted.